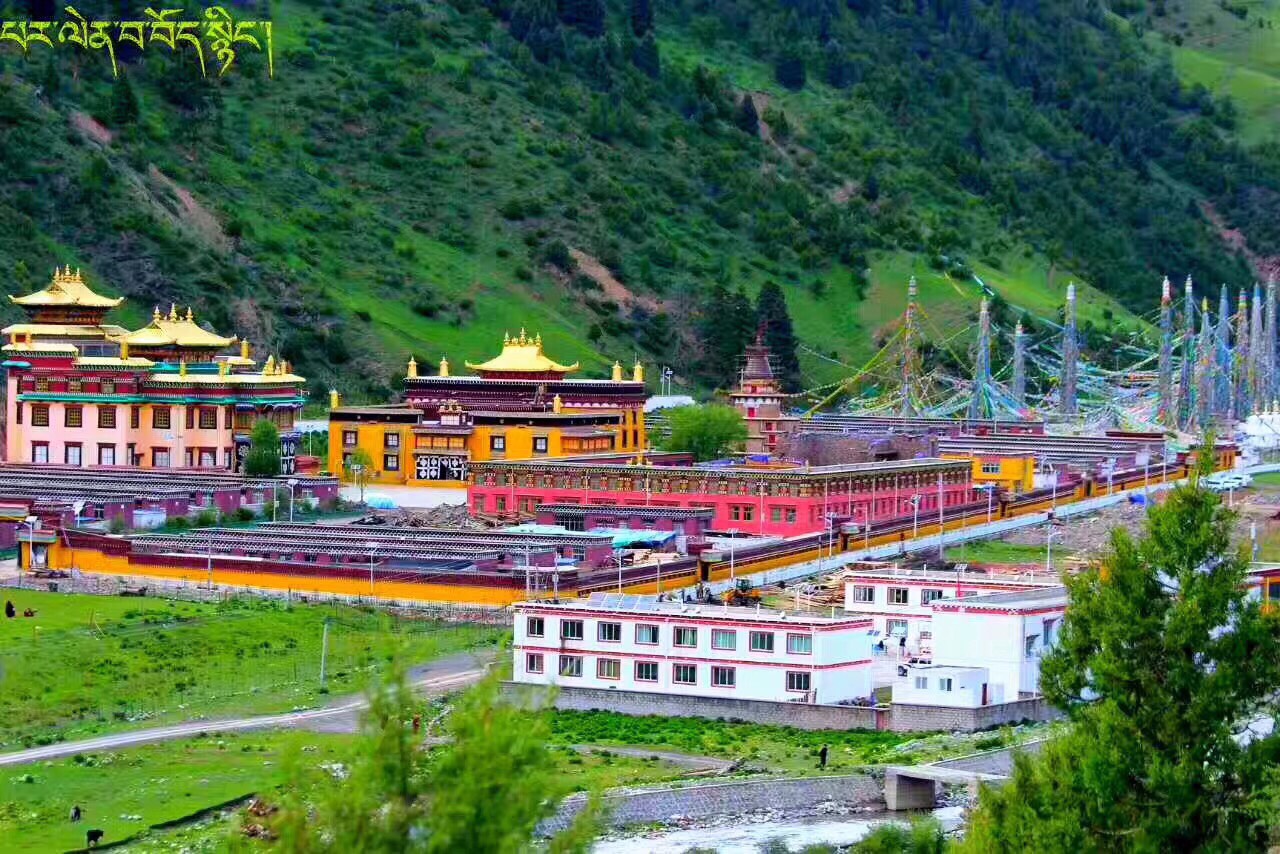 In Tibet, Protector of beings-Tsangpa Gyaray Yeshi Dorje, who is a manifestation of Avalokithishvara, and known to be great Pandit Naropa in India, is prophesied as a great being by Buddha. Since, he initiated Drukpa Lineage in Tibet, adherent of the lineage constantly kept exercising deep practice of Mahamudra, deep-path-six phenomena of Naropa, and six pith instruction of single taste of all phenomena. Consequently, the lineage spread into three different parts, naming Upper, middle and lower Drukpa lineage by lineage holder (Logo Nyi) and (Pa Kyang Nyi). Yet another lineage, which started from Wonray Dharma Singh and followed by his successor, known as nine lions of lineage, and Rigsum Namtrul (manifestation of three Buddha families) is named as seat holder lineage. In that way, as it was prophesied by Vajra Varahi , stating Drukp lineage would be spread as far as a distance that a vulture takes eighteen days to reach, Drukpa lineage was pervaded all over inside Tibet and out.

In the early of the 16th century, 4th reincarnation of Tsangpa Gyaray, Khunchen Pema Karpo, who held the title of omniscient, took great care of the practice and teachings descended from his ancestors. In addition to that, he expended the scriptural teachings (Lungi Tenpa) as well in great way. As a result, many intellectual and learned adherents appeared i.e. Khewang Sangjay Dorje, Bod Kheypa Gelek Namgyal and Dhue Shappa Pal Gyal Wangpo, who are recognized as pillar of oral-teachings, and their students’ students etc. Thereafter, he initiated an Institution for learning dialectic, which is known for Pekar Institution and it is the first dialectic institution in Drukpa lineage.

Later, fourth reincarnation of Khamtrul Rinpoche, Tenzin Choekyin Nyima set up a new institution for dialectic study, which is named Victorious Dharma Teaching Garden (Tsenyi Shedra Namgyal Choekhor Ling), at Jinphu Palgyi Yangwen. There were one hundred and eight students were learning on Sutra teachings. Therefore, many discerning and scholar emerged from the institution, and with their light of teachings enlightened the ignorant people and led them toward the permanent happiness. Similarly, seventh reincarnation of Khamtrul Rinpoche, Sangjay Tenzin considered to set up a proper dialectic institution at Khampagar. Therefore, he shared his planning to Kathoc Situ great Pandit Choekyi Gyaltso and received high appreciation. And, although Khenpo Tsedor was specially sent at Khampagar for organizing a new Shedra or institution of dialectic, it did not happen due to early passing away (Parinirvana) of Sangjay Tenzin, seventh Khamtrul Rinpoche.

After the revolution, Tulku Nyendak Gyatso, a brother of 8th Khamtrul Rinpoche, established a new main temple along with sixty rooms. On top of that, Drong Tul Rinpoche provided help on food and clothes to the student. In 1995, Khenpo Lawang Dorje from Pehying monastery was invited to teach. Subsequently, Khenpo Karma Tsewang from Gonphu monastery was invited for teaching as well. Although, they had been teaching constantly, learning and teaching could not last for long, due to passing away (Parinirvana) of Ven. Tulku Nyendak Gyatso and H.E. Drupga Rinpoche was so young. Hence, senior and elite students had to send to different direction and institution i.e. Serthang Larung Gar, Za SerShul monastery, Za Arig Gar and Dhingpa Che etc for studying. 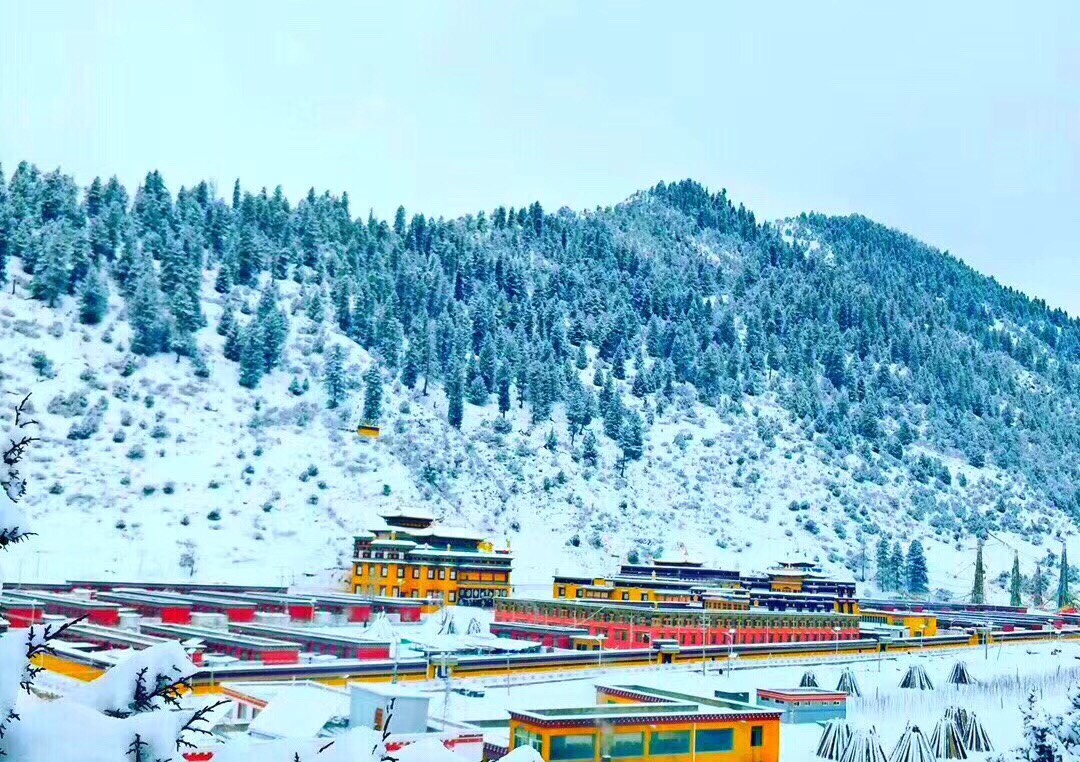 Teaching ornament of salvation by Dakpo Rinpoche ( Dhakp Tharjen) to the lay people and monks by H.E. Drupga Rinpoche in 2007, though some of the student already left to India for study, other students studying at Serthang Larung Gar have joined back to the monastery. Thereafter, improving ample facilities of monastery, senior and elite students, who has been to other institution or monastery for studying were entitled with Khenpo degree.  Students are, Tsewang Gyurmi, Nawang Namgyal, Karma Migyur, Damchoe Yongdul and Sonam Palzang, appointed as Khenpo.

After expanding the old monastery, it is newly built a four story monastery, including with one hundred and eight rooms for monks accommodation. Due to excellent teachings of Khenpos for around ten years, the number of learners and their proficiency has been increased in a great way. Right now, there are around one hundred and fifty monks who are studying, and within them there are five students, who have ability to assist teachings. Moreover, Khenpo Sonam Palzang has been teaching Grammar and hand writing etc. for many years and yet he is continuing the teachings to around fifty primary students. 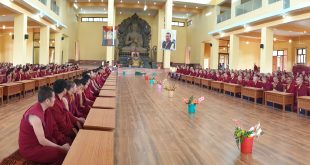 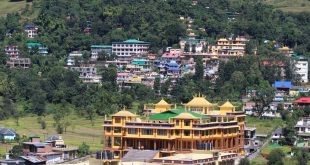 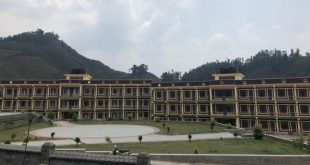 It was one of the most pivotal intentions of H.H. previous 8th Khamtrul Rinpoche to …